Dari Novel A Breath of Life 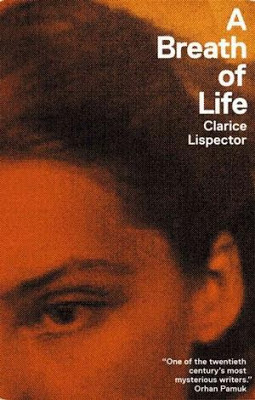 How I shall begin?

I'm so frightened that the way to enter this writing has to be suddenly, without warning. Writing is without warning. So I start with the instant like someone throwing himself into suicide: the instant is all of sudden. And so it is that I've all sudden arrived in the middle of a celebration. I'm flustered and apprehensive: it's not easy to deal with Angela, the woman I invented because I needed a facsimile of dialogue. An accursed celebration? No, the celebration of a man who wishes to share with you, Angela, something that absorbs me completely.

Angela Pralini is the celebration of birth. I don't know what to expect from her: will I have just to transcribe her? I must be patient so as not to lose myself within me: I live losing sight of myself. I need patient because I am many paths, including the fatal dead-end alley. I am the who chose the great silence. Creating a being who stands in opposition to me is within the silence. A spiraling clarinet. A dark cello. But I manage to see, however dimly, Angela standing beside me. Here she is coming a little closer. Then she sits by my side, rests her face in her hands and weeps for having been created. I'd rather have stayed in the immanescence of the sacred Nothing. But there is a wisdom of nature that caused me, after being created, to move about even though I didn't know what my legs were for. Angela, I too made my home in a strange nest and I too obey the obstinacy of life. My life wants me to be a writer and so I write. It's not by choice: it's an intimate command.

And just as I received the breath of life that made me a man, I breathe into you who become a soul. I introduce you to myself, visualizing in snapshots that already happen in the midst of your inauguration: you don't start at the beginning, you start in the middle, you begin with the instant today.

The day begins. The day is a crusher of paving-stones for the street that I hear in my room. I wanted in my way of nailing you down for myself for nothing to have modifications or definitions: everything would move in circular motion.

How far do I go and where do I already start to be Angela? Are we fruit of the same tree? No - Angela is everything I wanted to be and never was. What is she? she's the waves of the sea. While I'm the dense and gloomy forest. I'm in the depths. Angela scatters in sparkling fragments. Angela is my vertigo [...] In the beginning there was only the idea. Then the world came into contact with the idea. And the world was no longer mine: it transcended me, it was everyone's, it was Angela's.