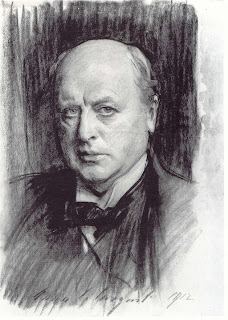 "I find twenty-five years of practise only make me write slower and slower; so that I am rapidly reaching a fine maximum of twenty-five words a day."

Such discipline, such obsession, such precission, and such meticulous on the writing craft that James reminds you of other literary stylist such as Conrad, Lawrence, Nabokov, Amis, Virginia Woolf, and our very own Shahnon Ahmad. James was once considered the 'Master' of style or the 'Writer's Writer' (maybe he still is; depends on how you view his art). I personally dislike some of his stories, but I still cant avoid admiring his literary sytle in probing the human consciousness which is a precursor to the later modern works of Virginia Woolf.