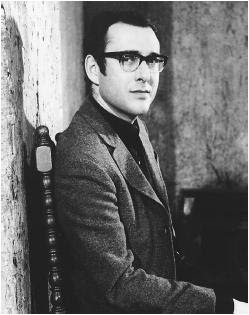 Harold Pinter - a Nobel Prize winner, playwright, political activist – died last Wendnesday in London. I started reading his plays last year; the first one is Betrayal. The play uses a reverse chronology in telling the story of a married couple, Robert and Emma; both of them had an affair; Emma did it with their own friend Jerry. The play starts when the affairs have dissolved and at the end the story takes us back when the affair (between Emma and Jerry) started. The simplicty and ambiguity of Pinter’s language pulled me into the play, and subsequently I began reading his other plays.
Labels: Bicara tokoh Personal Reflection