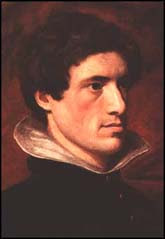 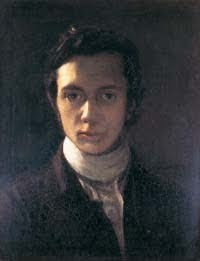 Roslan Jomel is a true friend as Charles Lamb was to William Hazlitt. The later had so little friends in his lifetime; he quarreled with everyone, even Lamb who was the only person that could tolerate his eccentricities and short temper. Hazlitt had befriended the important poets of his time such as Wordsworth and Coleridge, but even they avoided him in the end. On his funeral, only Charles Lamb and his son were present. Hazlitt last words were believed to have been, “I have had a happy life.” It is very ironic when one looks back at all the scandals, all the controversies, all the financial crisis, and all the women that had abandoned Hazlitt. But through his essays, we could see where this happiness originated; we could see the man’s passion towards life; we could feel, not only his happiness, but also his anger, his vivacity, his envy, his gusto, and his hatred burning and vibrating in our minds as we read his every sentence, and if our mind could extend its hand onto the text, it would be burn.

I see so much of myself in William Hazlitt even though I have yet to reach the plateau of greatness that he has reached along with other great essayists such as Samuel Johnson, Woolf, and Harold Bloom. Thus, I can’t avoid comparing Roslan Jomel to Charles Lamb; not in literary sense, but more of the spiritual bond that he had with Hazlitt. Charles Lamb of course is no Roslan Jomel and vice versa. But if there is such a friend that I would like to see as I roll around in my internal slumber, that friend would be Roslan Jomel. I’m sure Hazlitt felt the same when he saw Charles Lamb standing before his grave.