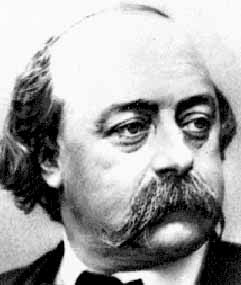 "What seems beautiful to me, what I should like to write, is a book about nothing, a book dependent on nothing external, which would be held together by the internal strength of its style..."

When one begins to talk about modern narration, one must begin and end with Gustave Flaubert. Realism as we understand it and read it today, owe a great debt to Flaubert. James Joyce, Marcel Proust, Virginia Woolf, Franz Kafka, and Nabokov, would have been inconceivable without Flaubert's two greatest novels: Madame Bovary and Sentimental Education. The modern short story, pioneered and perfected by Chekhov would have been less Chekhovian, and without Chekhov, can we imagine where the short story form would be right now? Perhaps the short story would be all Maupassant or all Edgar Allan Poe (which is not a bad thing actually). Before Flaubert, fiction was about creating a social epic in the manner of Dickens' Gothic caricatures or Balzac's Paris. Before Flaubert, the presence of the author is visible everywhere and is dictating our moves without allowing us to stop and take notice of the smallest details in life. The subtlety of narration was missing.