South of the Border West of the Sun 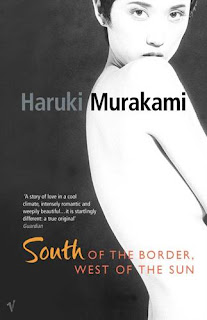 "For me the boundary dividing the real world and the world of dreams has always been vague and whenever infatuation raised its almighty head, even during my early teens, a beautiful face wasn’t enough to get me going."

Hajime, the main character in the above novel, is a Quixotic Japanese man living in a postmodern . His desire is to be united with lost childhood friend Shimamoto. Both of them are an only child. Hence, the two of them complete each other, not just emotionally, but also existentially. There are like two hands from a single body that are essential to produce a perfect ‘clap’ when their existence embraces each other. However, this ideal pursuit is destructive to Hajime and the people around him. Like Don Quixote and Madame Bovary, the endless pursuit of dream, the endless pursuit of perfection, and the endless pursuit of one true-self will lead only to further imperfection and detachment from reality. Nevertheless, writers since Cervantes and Flaubert have continued to pursue the mystery that divides the so called “real world” and “the world of dreams.” Haruki Murakami shares with the film director Wong Kar-wai as Asian’s leading imaginative artists that embrace the paradox of postmodern men and their Quixotic pursuit of a real world.