Dari Novel The Passion According To G. H. 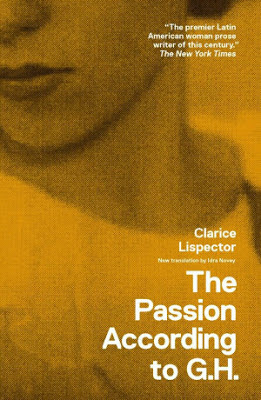 My first physical movement of fear, finally expressed, was what revealed to me to my surprise that I was fearful. And it ushered me into an even greater fear—when I tried to leave, I tripped between the foot of the bed and the wardrobe. A possible fall in that room of silence caused my body to shrink back in profound revulsion—tripping had made my attempt to flee an abortive act in itself—could this be how “they,” the ones by the sarcophagus, had of preventing me from ever leaving again? They had kept me from leaving and just in this simple way: they left me entirely free, since they knew I could no longer leave without tripping and falling.

I wasn’t imprisoned but I was located. As located as if they’d stuck me there with the simple and single gesture of pointing at me with a finger, pointing at me and at a place.

I’d already known the feeling of place. As a child, I unexpectedly became aware of lying in a bed located in a city located on the earth located in the World. As in childhood, I then had the strong sense that I was entirely alone in a house, and that the house was high and floating in the air, and that the house had invisible roaches.