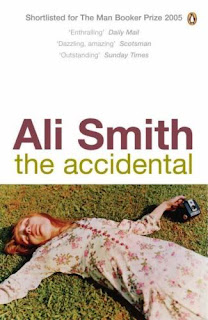 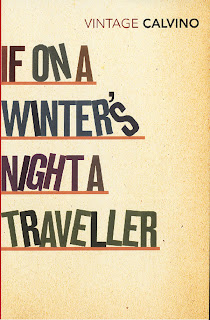 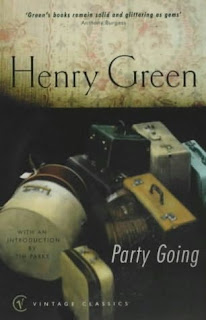 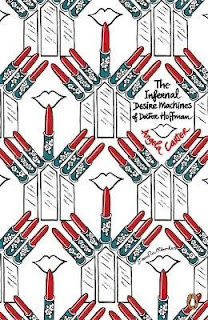 "I sit at the desk with my back to the window, and there, behind me, I feel an eye that sucks up the flow of the sentences, leads the story in the directions that elude me. Readers are my vampires. I feel a throng of readers looking over my shoulder and seizing the words as they are set down on paper. I feel that what I am writing does not belong to me any more. I would like to vanish, to leave behind for that expectation lurking in their eyes the page stuck in the typewriter, or, at most, my fingers striking the keys."

This was taken from chapter eight of On A Winter's Night A Traveler which is Calvino's greatest novel along with Invisible Cities. It is also the first novel that most critics would cite when discussing the topic of metaficiton as one would cite Mrs. Dalloway and Ulysses when discussing stream of consciousness. Of course, stream of consciousness is no longer the holy-weapon of most novelists these days. Readers avoid the very sight of interior monologue when opening a book. It slows down reading, it distracts the flow of narration, it digresses into religious and internal-psychological dissection - it is, in short, boring. Among the general reader, words such as "dragging," "exhausting," "rambling," are synonymous with the novels of Shahnon Ahmad who was once known as the King of Malaysian Novel (is he still?), to our bright-minded critics at least. However, such recognition, deservingly or otherwise, is not complete if we do not crown Shahnon with another award: the King of Interior Monologues. At the hand of Shahnon, the interior monologue was stretched to its limits to a stage where today's generation of writers are no longer able to use it without risking being labeled as a Shahnon imitator. Yet, we still see this technique being overused by writers such as S. M. Zakir and Roslan Jomel, not to mention the underground writers who have been crawling, climbing, digging behind the walls of mainstream literature over the past few years. Shahnon was a great novelist, but he was never a king like Dickens was to the English, or Balzac to the French, or Melville to the Americans, or Tolstoy to the Russians. Or is it too early to give such judgment? Perhaps. Shahnon himself is still alive, but writers no longer flock to his novels like when Shahnon was still at the height of his literary power. The torch has been given to Faisal Tehrani. But, sadly, as the torch came into the hand of Faisal, its fire has ceased to burn.

The novel is dying. If the novel had reached its zenith during Shahnon's reign, now, it is descending into one of its most darkest periods. Novelists are no longer writing novels. Characters are replaced with the novelist's own intellectual and religious alter egos. Intricate plots are replaced with linear and monotonous academic talks. Beautiful language is raped by textbook terminologies and sentences. We are taking our readers deeper and deeper into the tomb of logic and reason while their imagination is turning blind to mystery of life around them. The novel has become heartless.

Only the short story is still moving in the right direction. This year, we see more collection of short stories being published by DBP than before. The best one to come out is of course Namaku Epal Kuning by Roslan Jomel. It is the first collection of short stories in our country to take fiction as its main subject. Roslan does try to maneuver his imagination, his language, his characters around big themes like politics and philosophy, but they are never penetrative, and Roslan is often forced to return to his major theme which is fiction. Unlike Calvino, Roslan doesn't come to the reader to talk about literature, but more of explaining his dilemma being caught between reality and his preferred alternative-reality which is fiction.

Like all novel genres, metafiction is nothing new in literature despite its recent popularity among postmodern novelists. We already seen it in great classical novels such as Don Quixote and Madame Bovary. Both novels can be read as a novel and also a novel-about-novel-writing. The postmodern novels, however, tend to abandon the former, and indulge its narration and language structure in the latter. Roberto Bolano's recent 2666 being the epitome of such self-indulgent novel.